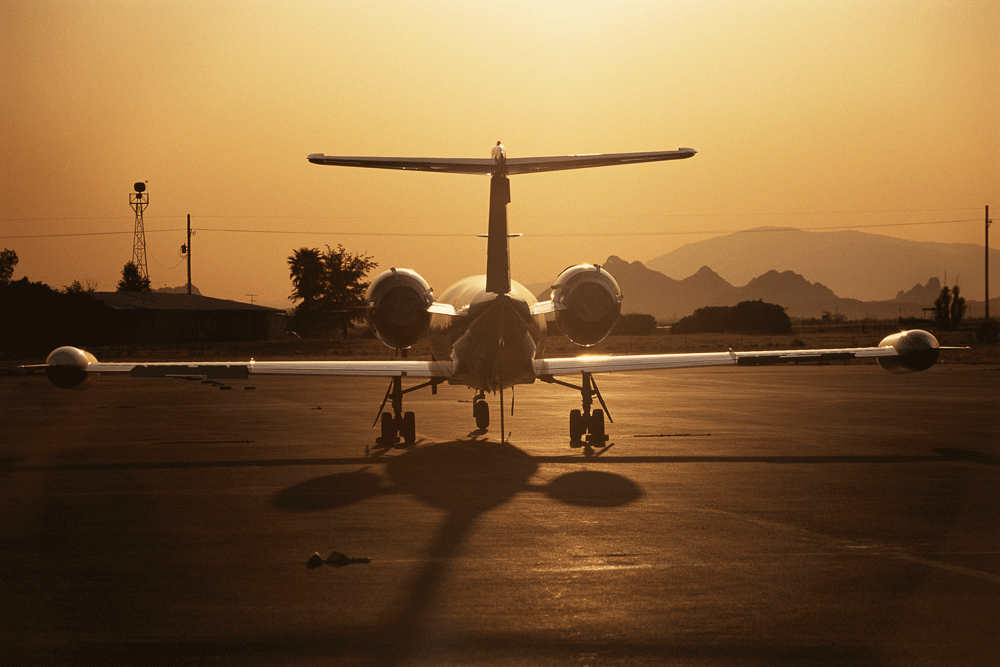 The inventor, aviator, and business leader Bill Lear debuts his first Learjet, and production starts within months. Private jet travel is within reach for the first time, and the possibilities are enormous.

But early on in the process, two of his Lears crashed in mysterious circumstances. What had seemed to have limitless potential now seems in doubt. Everything hinged on Jim’s next step.

He could have doubted himself – maybe he isn’t cut out for this kind of business. He might have buried his head in this sand – arrogantly assuming his lawyers could sort it out. But instead, Bill took matters into his own hands. He grounded all 55 planes sold so far, and personally took it upon himself to get to the bottom of what had happened. Jim Maxwell takes up the story:

“He discovered that he couldn’t determine what caused the fatal crashes without simulating the conditions under which they occurred. So he flew one of his own jets, almost succumbing to the same fate as the other two pilots. He managed to get through the tests and verify the defects, and he replaced the defective parts in all fifty-five planes. Because of the loss, it took him two years to rebuild the business. But he never regretted his decision. What a leader! He lost money and risked his own life, but he never compromised”

Here’s the key thing – Lear never compromised his beliefs. He knew his business could be a success, and did everything he could to make it work. Rather than limiting him, his beliefs fuelled his leadership.

What are the lessons for us looking at Bill’s story?

“Our greatest glory is not in never falling, but in rising every time we fall”— Confucius.

No great leader has ever succeeded without pushing through adversity.

Great leaders have an innate belief that they are worthy of the success they’re looking to achieve.

3. I have successes that contribute to a positive future

“Believe you can and you’re halfway there”— Theodore Roosevelt.

This is not positivity in the ‘glass half full’ sense, but in the mathematical sense that something is present, as opposed to absent. Focus on what you have actually done that contributes to the future you want, and know that those experiences are present, not absent.

4. I have valuable deeper beliefs

Great leaders of the past have the following unifying feature: their beliefs closely affected their day-to-day behaviours (consider Mother Teresa, Rosa Parks or Jesus of Nazareth).

Not only that, but the beliefs of the best leaders provide positive momentum in society (such as Nelson Mandela refusing to favour one group over another or to make the demise of one solution the problems of the other), and their deepest beliefs are well rooted and humble.

This is all true for the best leaders today too. And it can be true of you.

Fuelling excellent beliefs is important for any leader, and growing the muscle power of your mindset will be crucial to your success. That’s why I’ve created a free infographic packed with strategies to utilize your mind, body, purpose and emotions to grow a positive mindset. Sign-up below and I will send you my FREE infographic “How to grow your mindset in a positive way” for free now.